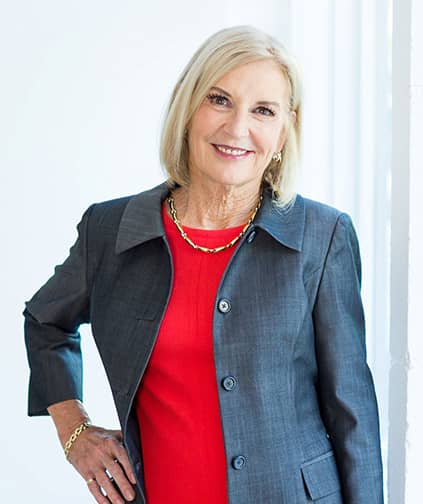 For almost forty years Kathleen M. Reilly has been handling serious personal injury claims in the courts of New Jersey. Her successes include a $6 million verdict in a construction accident case, a $1.2 million settlement in an automobile accident case and a $1.2 million verdict in an accident involving a bicycle and a limousine. Ms. Reilly is a member of the American Board of Trial Advocates (ABOTA) and has been certified by the Supreme Court of New Jersey as a Certified Civil Trial Attorney.

Kathleen Reilly is a graduate of Rosemont College in Rosemont, Pennsylvania. She received her Juris Doctor from Seton Hall University School of Law in 1982. She began her legal career as an associate at the Budd Larner Law Firm in Short Hills, NJ where she worked on the Agent Orange litigation and represented various manufacturers in product liability defense matters as well as representing both plaintiff and defendants in medical malpractice litigation.

Kathleen has been repeatedly named a New Jersey Super Lawyer since 2011 and was named, yet again, as one of the top 50 women lawyers in New Jersey for 2023 by that same organization.*

*No aspect of this advertisement has been approved by the Supreme Court of New Jersey. Click here for Award Methodology.

*Ms. Reilly is a recognized Super Lawyer. No aspect of Super Lawyers has been approved by the Supreme Court of New Jersey. The standard or methodology on which the accolade is based can be found at https://www.superlawyers.com. Super Lawyers is part of Thomson Reuters.